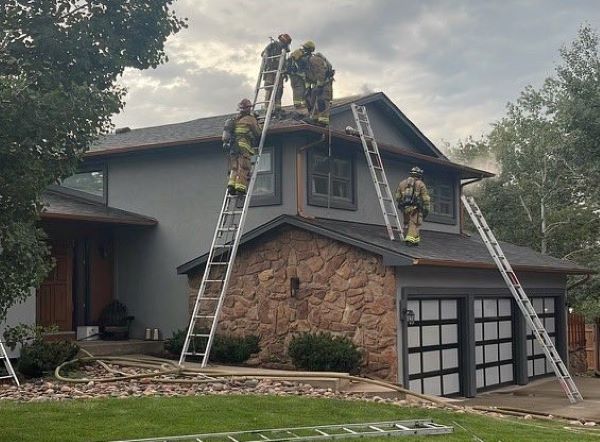 At approximately 19:20 on July 16th, 2022 the Colorado Springs Communications Center dispatched the Colorado Springs Fire Department to 80 Briarcrest Place for a possible structure fire. Once all units were en route, fire dispatch advised the RP reported lightning had struck the ground near the home and was now smelling smoke from a bedroom. Engine 4 arrived on scene, upgraded the incident to a working structure fire, and established Briarcrest command. Once Battalion 1 arrived on scene, they assumed command and Engine 4 was primary fire attack. Truck 1 was assigned as vent group and Engine 16 was the RIC. During vent operations, Truck 1 discovered active on the Alpha-Delta corner and fire attack group was diverted to mitigate the hazard. Rescue 17 arrived and assumed RIC from Engine 16; and Engine 6 was assigned safety & accountability. The fire was called under control at 20:13 and shortly after the secondary search was complete. Crews remained on scene for investigators to arrived and shortly after returned to service. No injuries were reported by the residence or responders. Additional information provided by Colorado Springs Fire Department 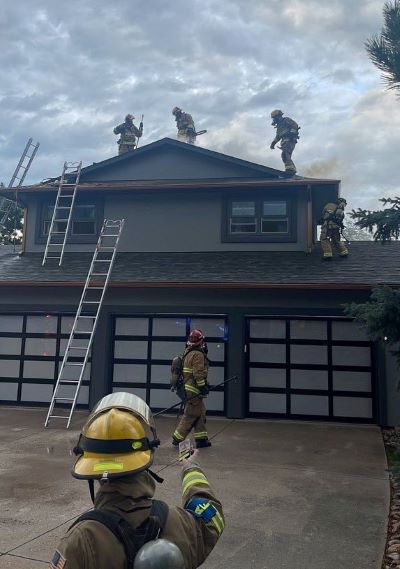 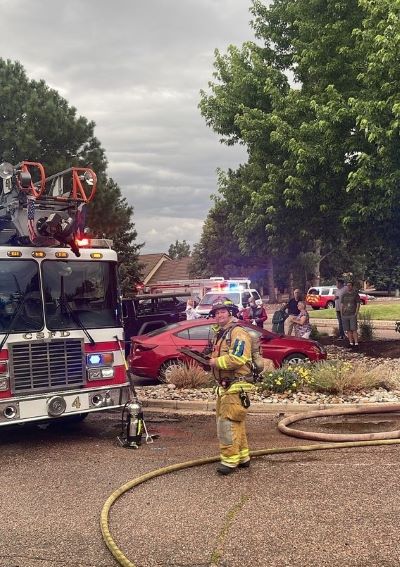