(No Picture At This Time) 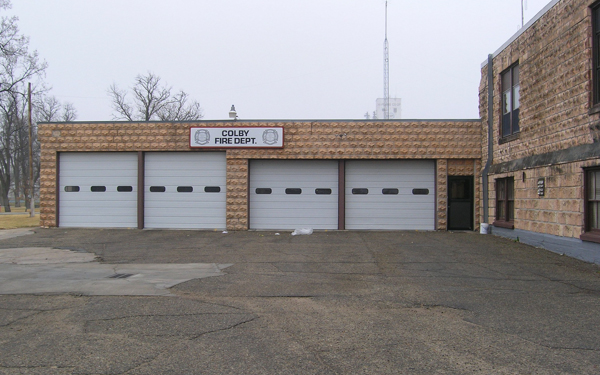 Former Fire Station shown here in 2006, this station was replaced in 2009 at a new location. In 2007 Colby received 19 inches of heavy wet snow and the roof of the north bay collapsed, all the apparatus were moved to the Colby National Guard Armory until 2009, when the new location was built.