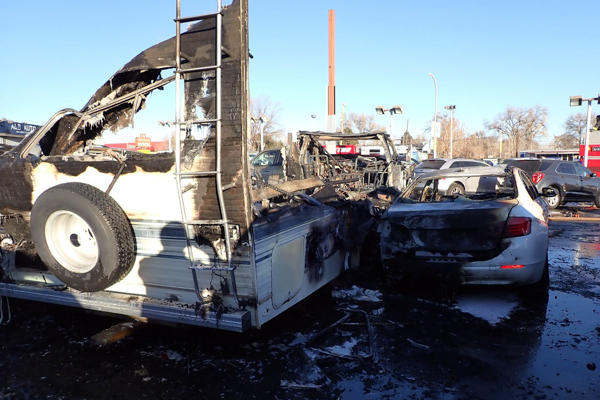 On December 17th, 2022 at 07:23 West Metro Fire Rescue responded to multi-vehicles on fire at at the A & B Auto, 5700 block of W. Colfax Ave. in Lakewood. Engine 16 arrived to a fully involved RV on the outside of the lot with multiple vehicles threatened, and pulled a pre-connect for fire attack. Engine 1 arrived and pulled a 2nd line off Engine 16 and assisted with the water supply. West Metro investigator indicated that the fire started in the RV, and then spread to several other vehicles. In total, 18 vehicles were damaged, either directly by the fire, or exposure to the heat or smoke. The cause of the fire is under investigation. Additional information provided by West Metro Fire Rescue 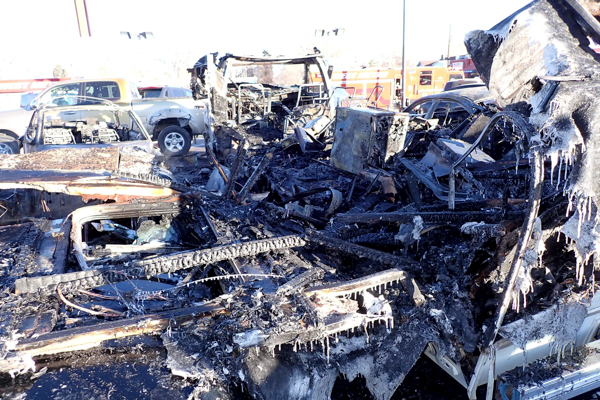