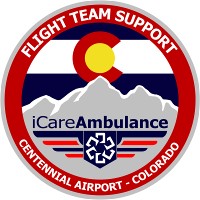 iCare Ambulance began with a single ambulance and an agreement with Flight For Life. Based at Centennial Airport, iCare Ambulance, the national leader in providing Air Ambulance Intercept service, and partner with over 60 Air Medical programs from across the country and internationally.