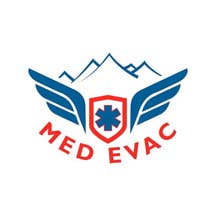 Med Evac provides services for the states of Colorado, Nebraska, Wyoming, and Kansas.

Med Evac is part of the Banner Health System, is based out of North Colorado Medical Center in Greeley, and is owned an operated by Med-Trans.