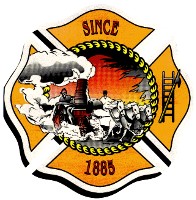 In 2001 the Granite Mountain Hotshots was founded as a fuels mitigation crew within the Prescott Fire Department whose mission was to fight wildfires and when not so, engaged in work to reduce growth of fire-prone vegetation. In 2004, the crew formed into Crew 7, a Type II IA hand-crew, and eventually transitioned into a Type I Inter-agency hotshot crew in 2008. On June 30th, 2013, 19 of the 20 members of the group perished fighting the Yarnell Hill Fire. The crew was disbanded in 2014.