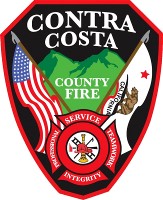 In 1999, the Oakley Fire District was re-formed and left the fire protection district as a county-dependent district.