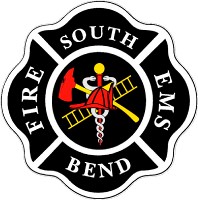 The areas first organized fire protection entity commenced operations on January 29th, 1853, twelve years before the incorporation of the city. The group consisted of unpaid volunteers in two companies. The Department grew to include three engines, three hose companies, and one hook and ladder and bucket company by 1868, and in 1887 became a full-time paid fire department. The Department continued to expand as South Bend grew, and by 1919, the department included sixty-seven men in twelve companies.