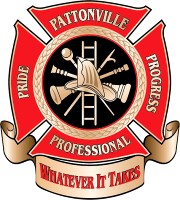 Through the mid 1990’s and early 2000’s, the Lambert International Airport bought out the former Bridgeton Terrace area and made a significant expansion to the infrastructure of the airport. When the airport buyout was fully completed in 2007, the district renamed itself as the Pattonville Fire Protection District as the Bridgeton Terrace area had then become part of Lambert Airport.