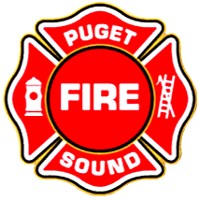 In 2011 the department begins contracting with the City of SeaTac to provide Fire Prevention services, and in 2013 SeaTac Fire Department joined the fire authority with a 20 year contract. In 2017 the Kent Fire Department Regional Fire Authority changed the name to Puget Sound Regional Fire Authority. The Maple Valley Fire & Life Safety joined Puget Sound Fire through a contract for service agreement in 2018.