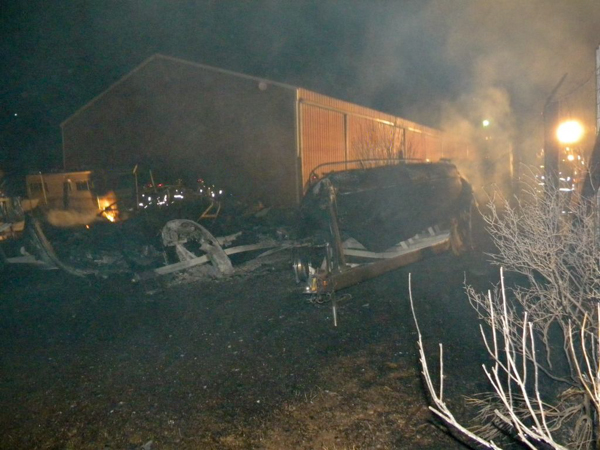 At 01:43 on March 17th, 2012 Poudre Fire Authority responded to a reported boat fire at Horsetooth Storage, southwest of Inlet Bay at Horsetooth Reservoir and just off Larimer County Rd. 38E. Upon arrival firefighters found three boats well-involved in fire and impinging on others along with a motor home, storage building and vegetation. After making an aggressive and coordinated attack with multiple hose lines, firefighters were able to bring the fire under control thereby limiting further spread and damage. Poudre Fire Authority and Larmier County Sheriff Investigators are working to determine the origin and cause. The fire is considered suspicious. No additional information is available at this time. Additional information provided by Poudre Fire Authority 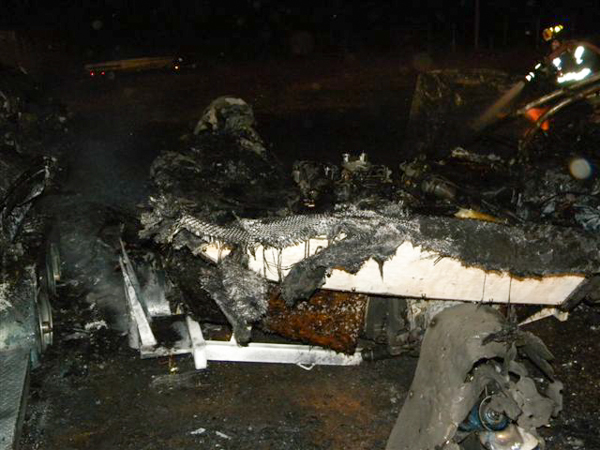 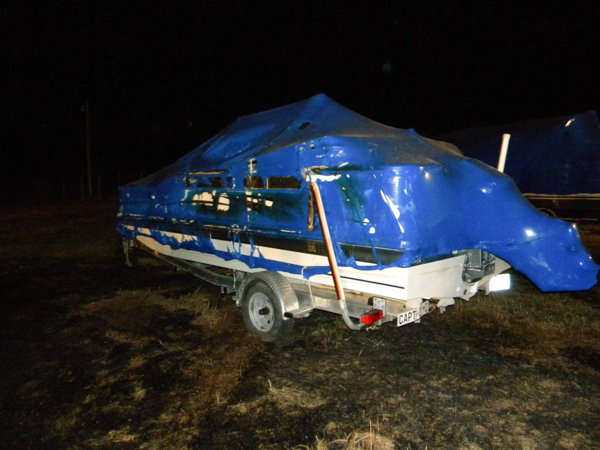