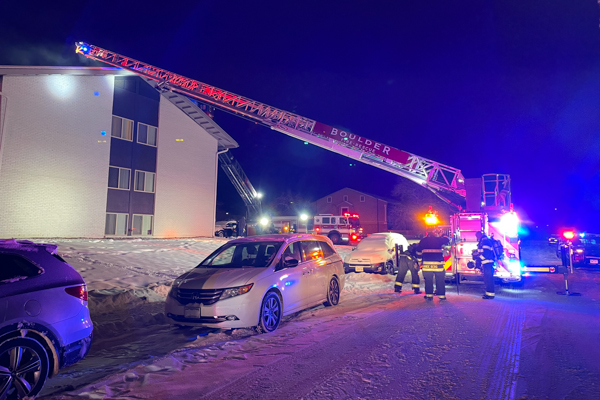 At approximately 23:20 on January 2nd, 2023 Boulder Police & Fire Communications (9100) dispatched Boulder Fire-Rescue Department to a reported structure fire in the 4900 block of Osage Dr. in the Keewayden neighborhood. Boulder Police officers arrived on scene and reported smoke coming from the roof of an apartment complex and began evacuating residents from more than 25 apartment units. Engine 2502 arrived to a three-story apartment complex with smoke showing from a 3rd floor apartment and secured their own water supply. Engine 2504 arrived and pulled a hand line off Engine 2502 to the the 3rd floor fire unit and Engine 2507 started roof ops and reported smoke from the eves and a snow packed roof. Battalion 2570 arrived and assumed command and reassigned Engine 2507 to assist crews on the 3rd floor with fire attack. Tower 2516 arrived and assigned to the roof. Crews found fire in the attic space above two third-floor apartments. The fire was quickly brought under control and crews started an extended overhaul. Firefighters rescued one dog that was found inside one of the apartments that was on fire and was transported to the Boulder Valley Humane Society by a police officer. American Red Cross was requested to the scene. No injuries were reported and the cause is under investigation. Additional information provided by Boulder Fire-Rescue District 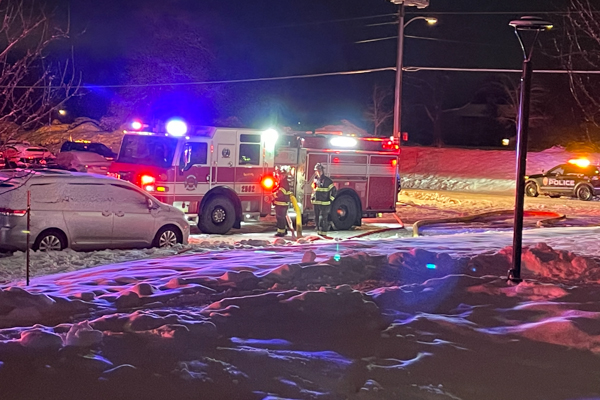