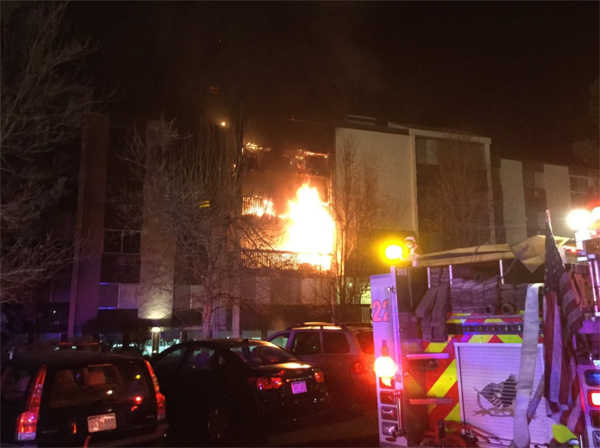 Denver Fire Department responded to structure fire at 3450 S. Poplar St. in the Hampden area on December 31st, 2016 around 01:00. Crews arrived to a heavy fire from the second & third floor in a five-story multi-family building. Crews rescued several victims, and the fire was upgraded to a 2nd alarm. The fire was put out at 06:00, and the American Red Cross was requested to assist with several residents that were displaced. Two family cats died in the fire and 5 patients were transported to local hospitals with unknown injuries. Investigators reported that a cigarette may be the cause of the fire, and three units were damage. Additional information was provided by Denver Fire Department.