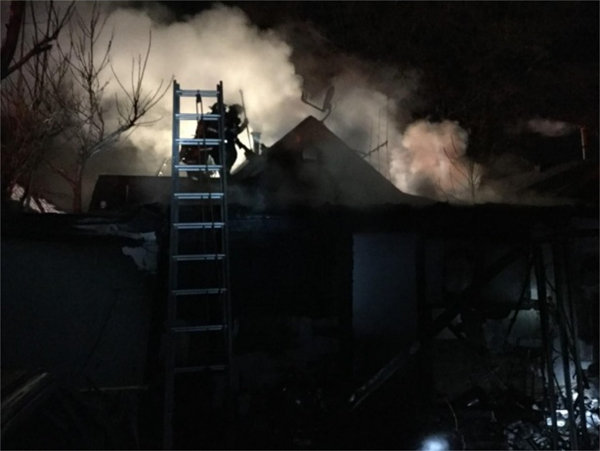 At 20:08 on December 26th, 2016 Denver Fire Department Engine 9 was dispatched to investigate a report of a possible explosion at E. 47th Ave. and Vine St. in Elyria Swansea. Dispatch began to receive multiple calls of not only an explosion but gunfire in the area so dispatch added Tower 9 and Chief 6 to the incident. Engine 9 arrived and established a water supply, and asked dispatch for a group response based on heavy smoke and fire behind a residence. Engine 9 and deployed a 3” supply line down the alley. Tower 9 arrived on the Alpha side, reported a single-family residence with heavy smoke showing and what appeared to be fire behind the structure in a garage, and also reported that there was a burn victim out front on the Alpha side. Chief 6 arrived and assumed command, verified that police were responding and that all companies should use caution. Engine 10 arrived and assigned to the Alpha side to extend a line for extinguishment. Tower 9 and Truck 4 were assigned to complete a primary search as well as horizontal ventilation from inside the structure, and Rescue 1 completed vertical ventilation. Engine 9 extinguished the fire in the back yard as well as heavy fire in an addition on the Charlie side of the structure. Safety hazards were encountered with power lines down and an illegal hash oil extraction operation. The fire was extinguished and Arson remained on scene with Denver Police Department for the investigation. One civilian injury was reported with burns. Additional information provided by Denver Fire Department 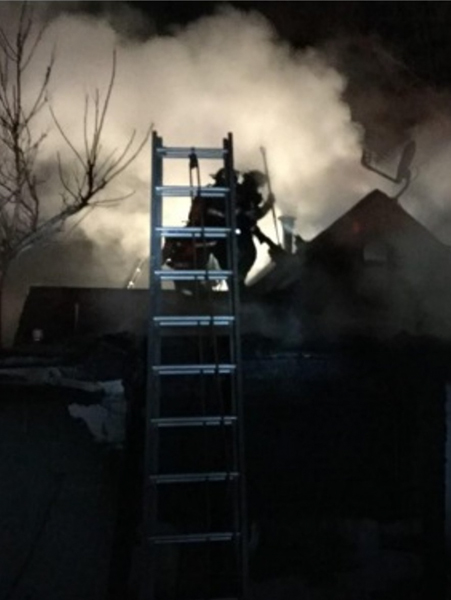