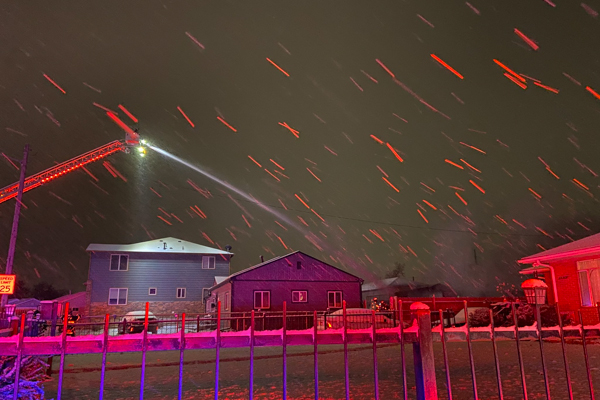 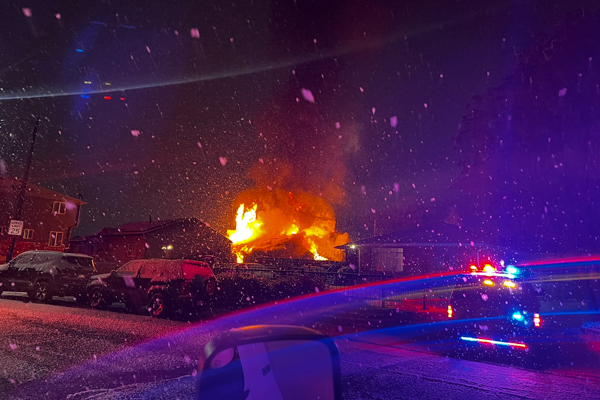 On November 15th, 2022 at 03:41 AdCom dispatched South Adams County Fire Department with Adams County Fire Rescue, Thornton Fire Department and Platte Valley Ambulance to a reported garage fire in the 6800 block of Olive St. in Commerce City. Engine 23 arrived to a working garage on fire and pulled a 2 1/2 in the defensive strategy. Tower 24 arrived and assisted Engine 23 with the water supply and then started master stream operations. Battalion 21 arrived and assumed command in the Alpha-Delta corner. Engine 22 arrived and pulled a 2nd attack line in and Engine 13 assisted Engine 23 with fire attack. Engine 22 reported power lines down on the Charlie side. The fire was put under control at 04:18 and firefighters started on hot spots and overhaul. No injuries reported and the cause is under investigation. Additional information provided by South Adams County Fire Department