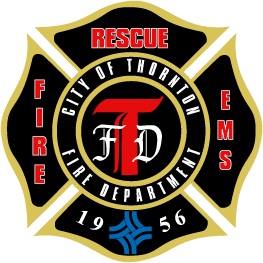 Thornton Fire Department began as a volunteer department in 1956. The volunteers took turns keeping the 1924 American LaFrance fire truck at their homes until the community had facilities to store it. The phone company also set-up a special telephone system so every time an emergency call was placed, it would ring at all the firemen’s homes, they would listen for the address and then would meet at the fire.