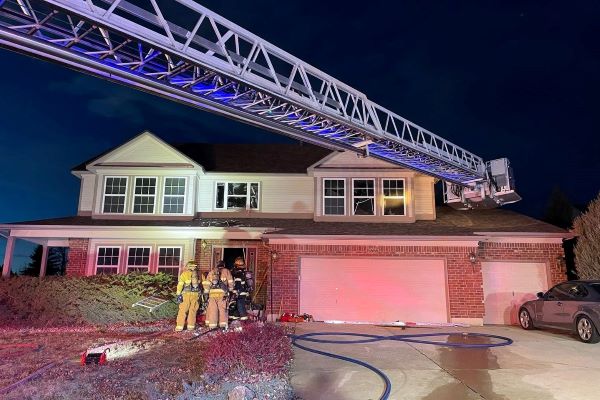 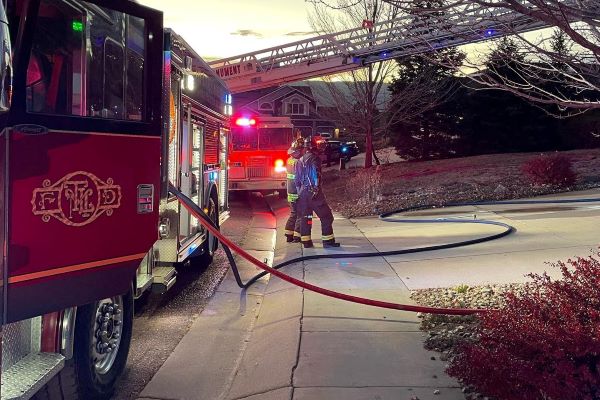 At approximately 16:30 on November 7th, 2022 Monument Fire Protection District was dispatched to the 15000 block of Curwood Drive in the Gleneagle neighborhood for a residential structure fire. On arrival, crews found heavy smoke and fire on the Charlie side of the structure. Engine 513 was assigned to perform the building’s primary search, and Engine 514 was assigned as fire attack. Ladder 531 arrived and began arrival operations while also controlling the building’s utilities. Battalion 502 was placed in command of Charlie division, while Chief 501 assumed incident command and Medic 584 was assigned to establish of incident rehab. After Engine 514 was able to get a knock on the fire on the Charlie side, Battalion 502 discovered another pocket of fire on the Charlie side and requested another crew. At 16:46, command timestamped that the fire was under control. While conducting, Ladder 531, discovered fire in the attic. Engine 512 arrived and established a 2nd water source and laid into the incident. At 16:55, command requested a 2nd alarm assignment and for the Colorado Springs Fire Department, American Medical Response, and Black Forest Fire Rescue to aid in backfilling their district. Once the fire was officially declared out, crews began to slowly be released and the fire is currently under investigation.