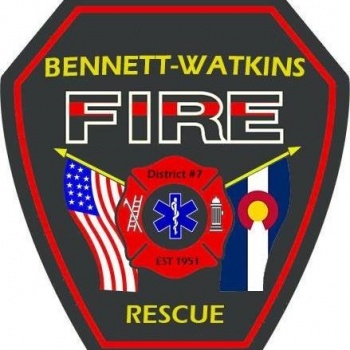 Bennett-Watkins Fire Rescue District started out in 1951 as the Bennett Community Volunteer Fire Department, after the Town of Bennett elected to dissolve the Town Fire Department that had been in place since World War II. In 1981 a few determined citizens collected enough money in donations to form the Bennett Rescue Squad. In 1986 the Bennett Rescue Squad merged with the department to form the Bennett Fire Protection District. In 2017 the name changed to Bennett-Watkins Fire Rescue District.