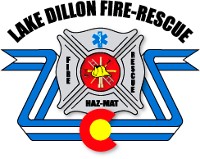 Lake Dillon Fire-Rescue was an amalgamation of several smaller fire departments, including Dillon, Dillon Valley, Frisco, Silverthorne and Snake River that merged and consolidated over the years. In 1971, the Dillon Valley Metropolitan District added fire protection to its duties and built the station on Deer Path Road. In 1973, the Frisco Fire Protection District was formed. In 1974 the Silverthorne Fire Protection District.