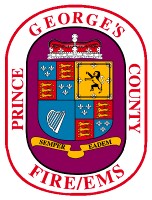 In 1742, Bladensburg Fire Company became the first governmental entity to pass a fire prevention ordinance. In 1888, Hyattsville Volunteer Fire Company was organized, the first volunteer fire company in the county. In 1888, Upper Marlboro organized the Marlboro Fire Association. In 1966 the county incorporated paid firefighters within its volunteer force based on the Yarger Study which stated, and the Department of Fire Protection was created on June 14th, 1968 which consumed all other previous fire organizations under a single command.