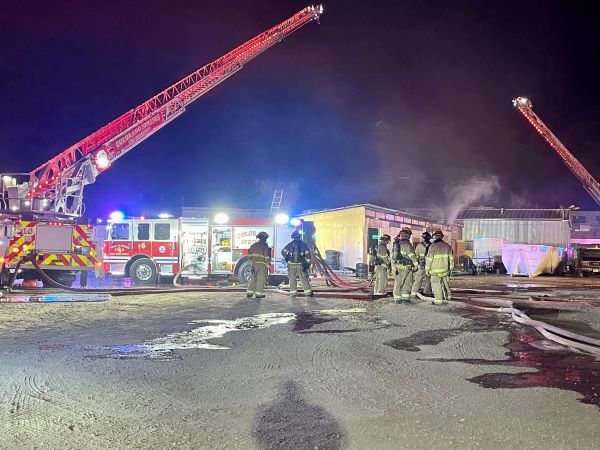 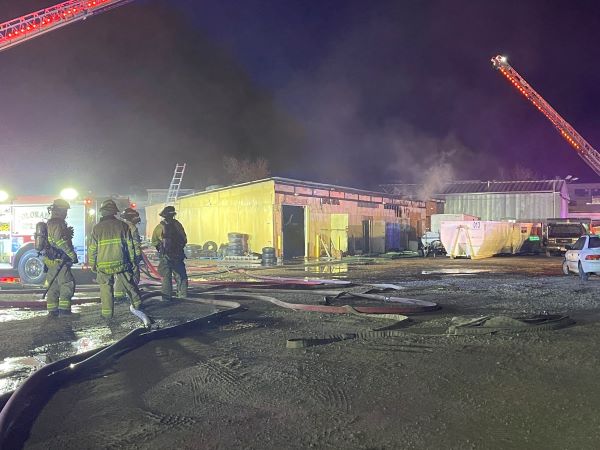 At approximately 18:10 on November 15th, 2022 Colorado Springs Fire Department was dispatched to the 3000 block of N. El Paso St. for a commercial structure fire. Engine 6 arrived on scene and advised of a working fire and established El Paso Command. Engine 6 was assigned as fire attack on the Alpha-Delta corner and it was advised that the building had oxygen and compressed gas tanks stored inside. Battalion 1 arrived on scene and assumed command from Engine 6 and Engine 9 established a water supply. Engine 6 was moved to fire attack on the Alpha-Bravo corner and Engine 9 was assigned to the Charlie-Delta corner of the structure. Truck 9 attempted to gain access on the Charlie side and advised there was no access and would need to breach the building. Command then advised all companies to switch to a defensive mode, as the oxygen and compressed gas tanks began to explode. Command then requested a 2nd Alarm assignment at 18:46. Once the 2nd alarm crews arrived on scene, command time stamped they were able to get a knock on the fire. Colorado Springs Police Department called for the barricades unit, as the area was closed for an extended period of time for the investigation. No injuries were reported and the cause of the fire is currently under investigation by the Colorado Springs Fire Department, Division of the Fire Marshal. 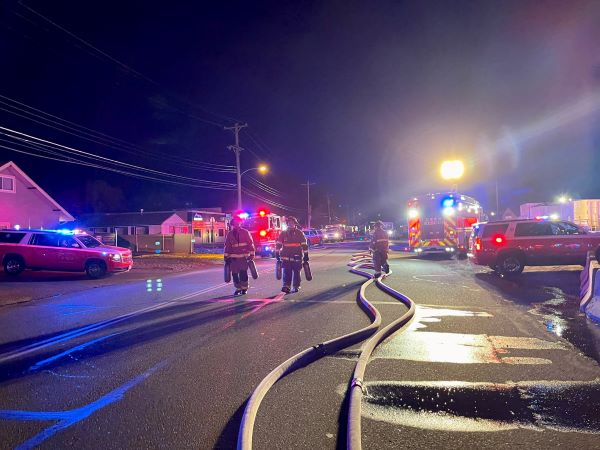 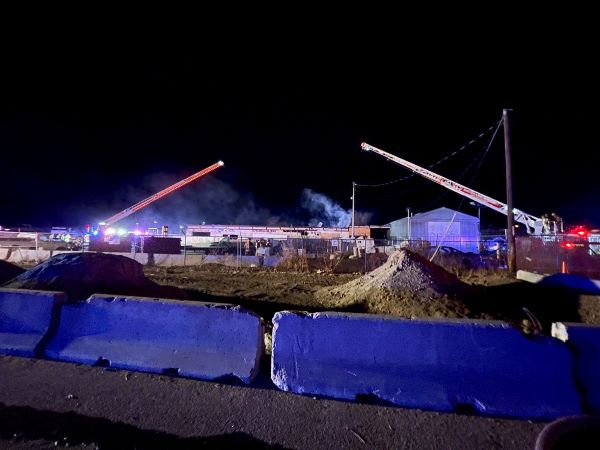