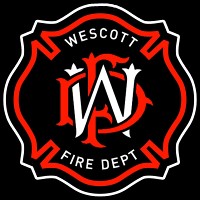 The department began as the El Paso County Fire Department in 1972 until 1981, changed to the Donald Wescott Fire Protection District (DWFPD), to honor Donald Wescott, a firefighter killed in the line of duty while fighting an apartment fire at the Yorkshire Apartments in May of 1976.

The Tri-Lakes Monument Fire District and Wescott Fire District signed a contract for services agreement on December 8, 2022, initiating the unification process between both departments and their respective board members. The command staff for TLMFD oversees both agencies with the agreement.

The Tri-Lakes Monument Fire District and Donald-Wescott Fire District signed a contract for services agreement on December 8th, 2021, initiating the unification process between both departments. On July 30th, 2022 at 11:22 am, both departments officially merged into the Monument Fire Protection District. To view the event go to Monument Station 1 Grand Reopening / Merging Ceremony.