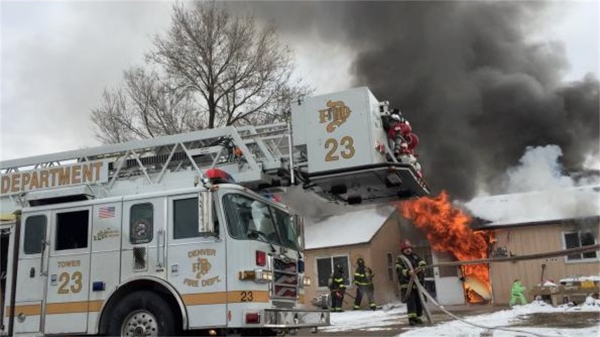 At 09:37 on March 19th, 2016 Denver Fire Department responded to house fire in the 1200 block of S. Mariposa St. in the Ruby Hill neighborhood. Tower 23 arrived to a small single family structure with heavy fire and smoke showing, and declared defensive strategy. Truck 23 force entry for search and Engine 23 pulled an attack line in for fire control on the Alpha side. Engine 11 pulled a 2 1/2 line in on the Charlie side, Engine 11 secured a supply line and Engine 16 secured a supply line to the alley. Crews reported fire in a modified structure, with limited access inside. Chief 3 arrived and assumed command, and assigned Truck 19 as RIT. The fire was put under control within 30 minutes. 2 firefighters received slight burns and were treated on scene by Denver Paramedics. The cause of the fire is under investigation. Later in the evening crews worked fire in the same structure with a re-kindle (Denver Ruby Hill Re-Kindle House Fire), with a firefighter that was injured with a minor injury. Additional information provided by Denver Fire Department 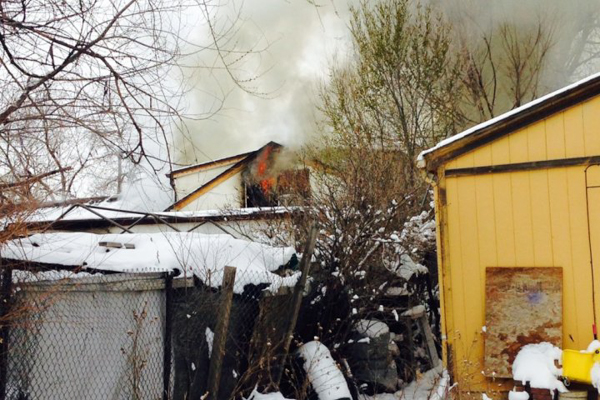 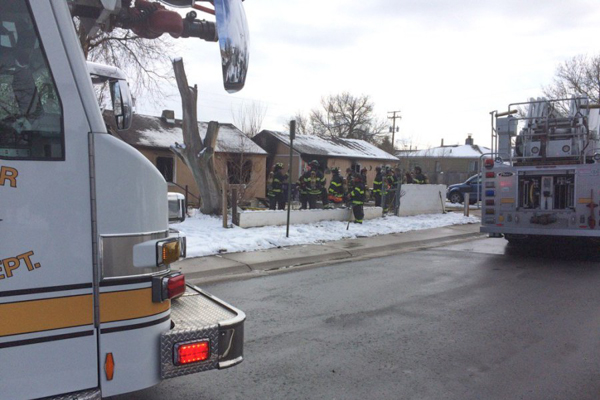