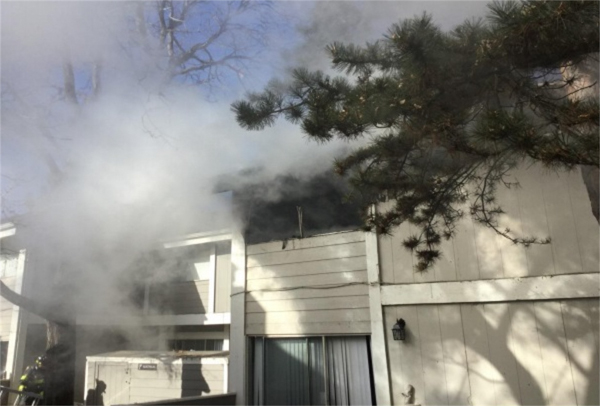 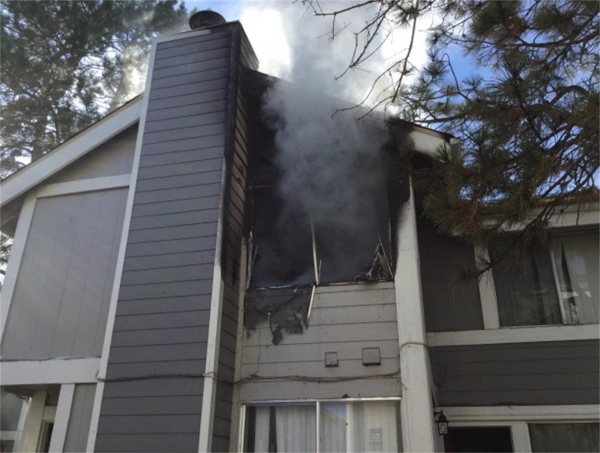 At 11:53 on December 25th, 2017 Denver Fire Department responded to a possible structure fire at 10025 E. Girard Ave. in Hampton Heights. Crews arrived to a 2-story large residential apartment complex with smoke and fire showing from the 2nd floor corner apartment on the southeast side of the building. Engine 22 arrived and started work on the plug with the intent of utilizing a courtyard stretch for fire-attack as the fire building was some distance away, and setup a 5″ supply line and 2″ backup line off a 2 1/2 courtyard stretch. Tower 22 arrived and took command, attempted to begin a primary search on the 2nd floor but was met by high heat and flames. Engine 22 utilized a quick knock on the fire that was presenting from the 2nd floor window. The quick knock was done from ground level and darkened the fire down so crews could enter the apartment for searches. Engine 24 pulled a 2 1/2 attack line for exposures and fire window. Chief 3 arrived and took over command, and assigned Rescue 1 to vertical roof ventilation assisted by Truck 19 which aided in the stop of further fire spread. Due to the aggressive efforts of the first arriving companies, the fire was contained to one apartment with no extension. The entire building was evacuated by Truck 19 and Hamer 1. No injuries were reported and the fire is under investigation. Additional information was provided by Denver Fire Department.