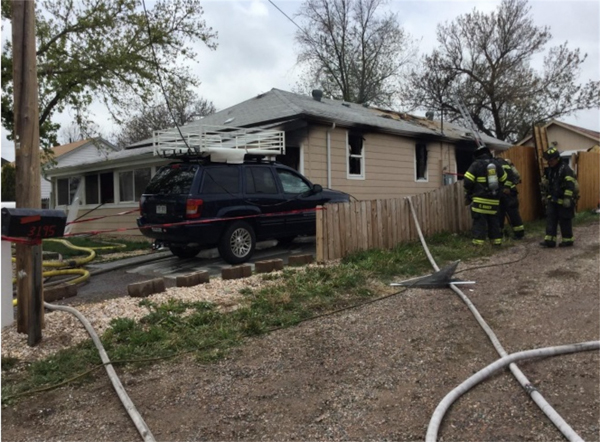 At 12:04 on May 3rd, 2017 Denver Fire Department was dispatched to a report of a single-family structure fire in the 3100 block of S. Dale Court in Sheridan. Tower 23 en route reported a large column of smoke in the area. Dispatch advised that conflicting reports about if an occupant was inside the structure. Engine 36 arrived to heavy fire and smoke in the primary structure with possible fire in an additional structure on the Charlie side, and initiates an attack from the Delta side. Engine 25 arrived and pulled an attack line to the Delta side, and Truck 28 initiated a primary search. Engine 16 arrived and reports an electrical line down on top of one of the initial attack lines. Chief 7 arrived and assumed command, requested Xcel Energy to respond, and Chief 3 arrives and is assigned to complete a 360. The second structure involved was a detached garage set back about 50 feet from the house. Rescue 1 was assigned to assist Truck 28 with the primary search. Chief 7 requested a second alarm assignment as all companies were deployed. Command declared a loss stop at about 35 minutes into the incident and companies were rotated through rehab. The fire is under investigation. Additional information was provided by Denver Fire Department. 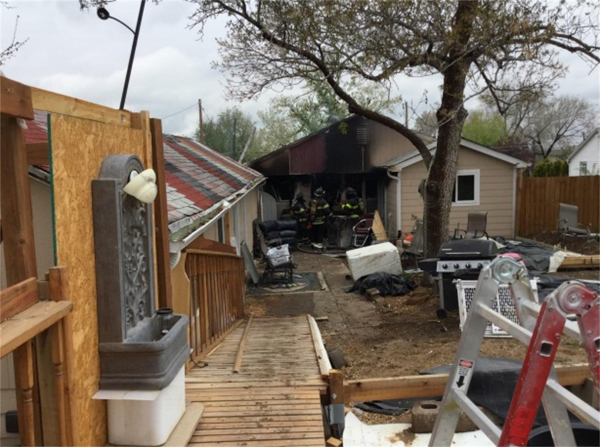 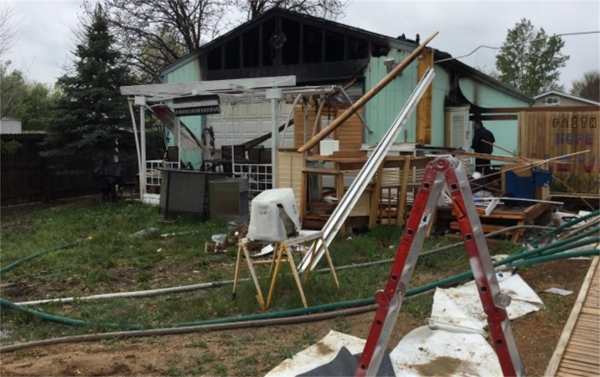