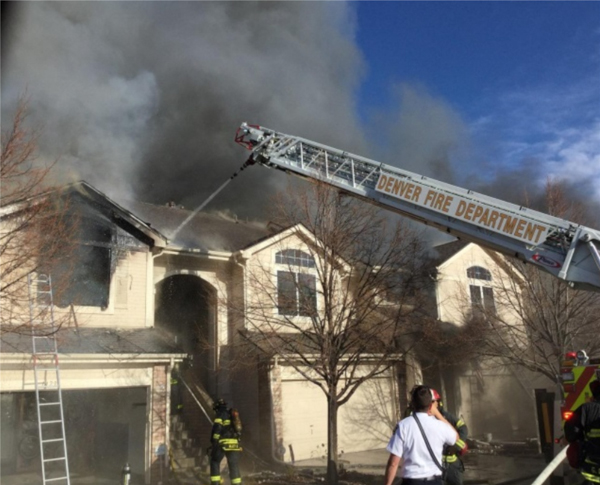 At 17:15 on April 11th, 2018 Denver Fire Department responded to a possible structure fire at 1429 S. Ulster St. Truck 19 arrived on scene and took command reporting heavy smoke showing from the Charlie side. Due to the volume of smoke and the size of the structure involved a second alarm assignment was called for approximately 6 minutes after the first companies arrived. Engine 18 secured the water supply, and pulled a 2 1/2 attack line in. Tower 22 started search of the units, and Engine 5 pulled a 2 1/2 inside the structure. Chief 4 arrived shortly after the second alarm was called and assumed command with Chief 3 arriving less than 1 minute later and was assigned to the Charlie Division. Three of the units were heavily involved with fire, and an aggressive interior attack was attempted from the Alpha side into 2 of the 3 units. High winds pushed this fire into the trees and fence on the Charlie side. Access to the complex was limited from the address side. Aurora Fire Rescue and South Metro Fire Rescue were also dispatched by their call takers and responded with an engine and chief each and accessed the fire ground from the neighborhood on the Charlie side. Approximately 22 minutes after the arrival of the first company, part of the roof collapsed over 1 of the units. Command requested from dispatch to sound the backout tone and ordered companies out of the building. A PAR was conducted, the scene reassessed, and an aggressive defensive posture was taken to darken down the fire. Interior fire fighting continued once the fire was knocked down. It took approximately 1 hour for crews to bring this fire under control. The fire was reported to be caused when wind blew over a smoker on the porch and started the patio furniture on fire. There were no civilian injuries, and only a minor firefighter injury. Additional information was provided by Denver Fire Department. 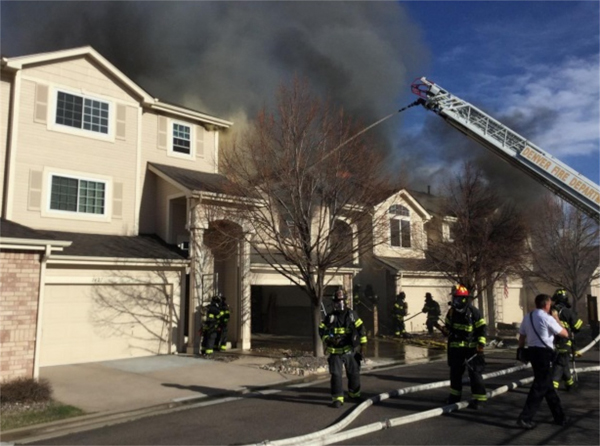 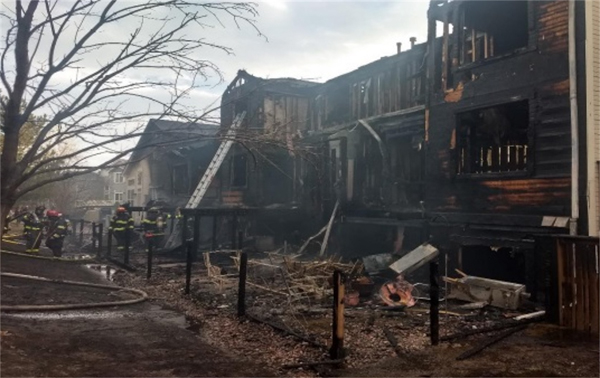