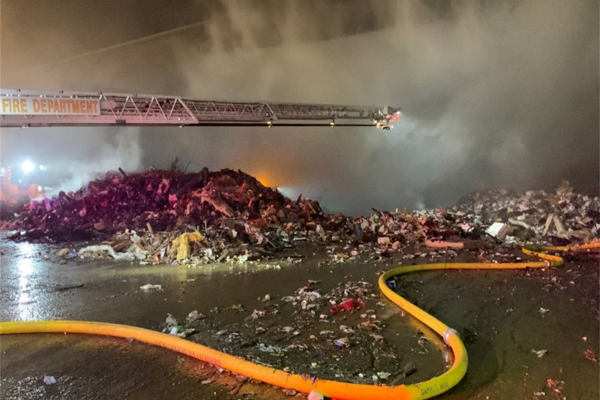 On March 26th, 2020 at 00:57 Denver Fire Department Engine 36 was dispatched to a trash fire at the Waste Management Transfer Station, 2400 W. Union Ave. in Englewood. Engine 36 arrived to smoke showing from the Alpha side and the incident was upgraded to a commercial structure fire response. Engine 28 arrived and laid two 3-inch lines from W. Union Ave. and requested they needed another engine to complete the lay and relay pump, and Engine 37 arrived and assisted. Crews worked heavy volume of fire and a defensive strategy was used. Chief 7 arrived and took over command. Engine 36 knocked down the fire by using the deck gun and stop the spread of the fire, but not able to penetrate the pile of garbage to fully overhaul the fire. Several companies set-up master streams ops. The fire could only be attacked from the open east end. Eventually, heavy machinery was utilized to remove the debris so water could be applied to the seat of the fire. Crews knocked down the fire allowing workers to remove debris a little at a time and crews started overhaul. No injuries were reported. Additional information provided by Denver Fire Department 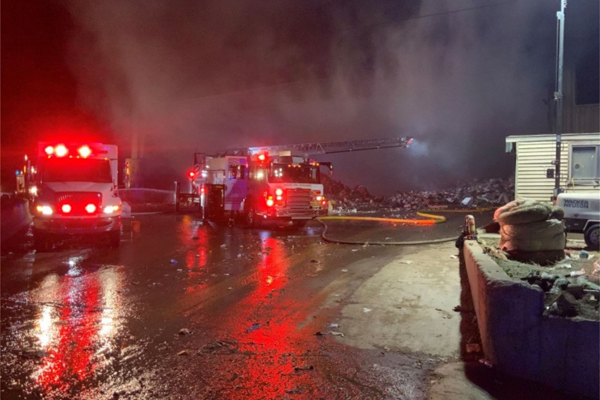 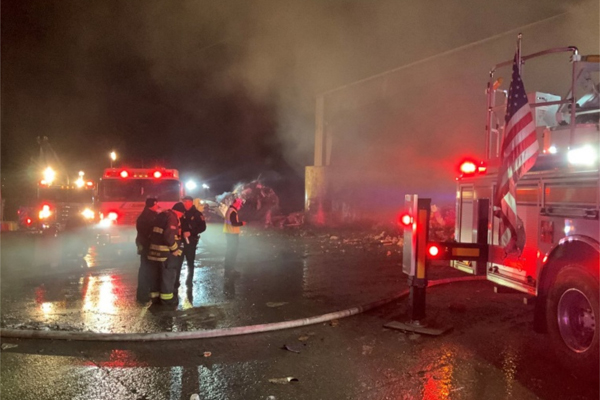