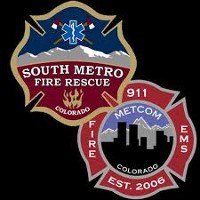 MetCom (Metropolitan Area Communications Center), established in 2006 and is part of the Bureau of South Metro Fire Rescue providing 911 fire and EMS dispatch services for fire departments across the Denver metro area. MetCom was its own authority from 2006 to 2016.

MetCom also provides Computer-Aided Dispatch (CAD) and GIS support. MetCom coverage area is over 1,776 square miles in Adams, Arapahoe, Douglas, and Jefferson Counties and is the only civilian dispatch center to work 24 hour shifts in the State of Colorado.

The numerous hazards and potential for significant incidents prompted the need for communications support outside of the dispatch center with mixed topography from everything from commercial high rises to wildland interface. To fill this need, the Incident Dispatch Team (IDT) was established in 2008. Building upon the philosophies of successful IDTs across the country, MetCom is able to offer an operationally efficient team with diverse capabilities which automatically responds to all major incidents.