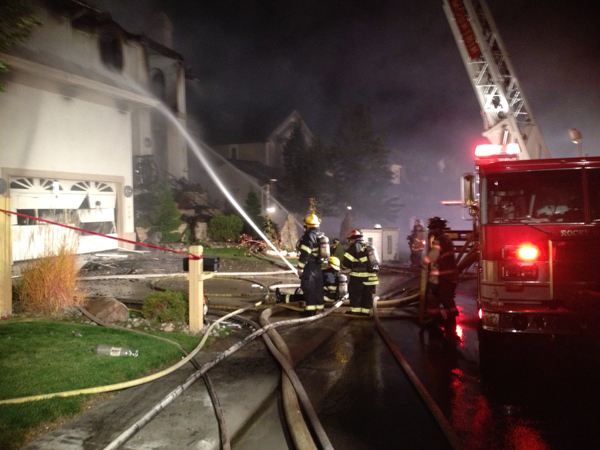 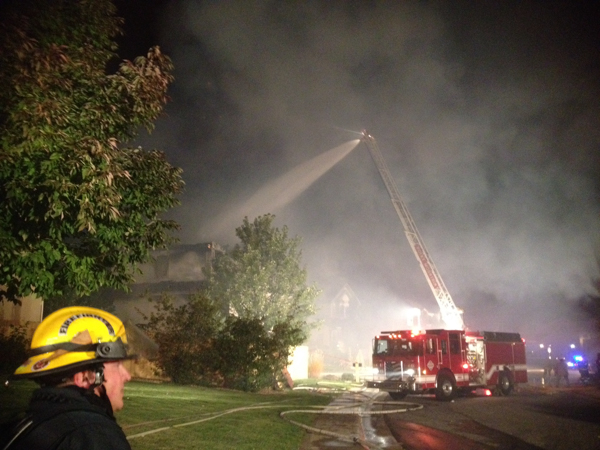 On September 23rd, 2012 around 02:30 Rocky Mountain Fire District was dispatched to a structure fire at 3929 S. Torreys Peak Dr. in Superior. Battalion Chief 2460 arrived and reported heavy smoke and flames from a 2-story single-family residential. Ladder 2416 arrived and after a 360, reported heavy fire on the Charlie and Delta side, and command requested a 2nd alarm. Crews went defensive with heavy fire conditions. Crews worked until after 06:00 with hot spots and overhaul, with no other homes damaged. Smoke detectors woke up the family who made it out safely. One firefighter from Rocky Mountain Fire District was injured when glass blew out of the house, and required four stitches. No other injuries were reported except for two cats that were unaccounted for. The fire cause is believed to have started in the basement. Additional information provided by Lafayette Fire Department 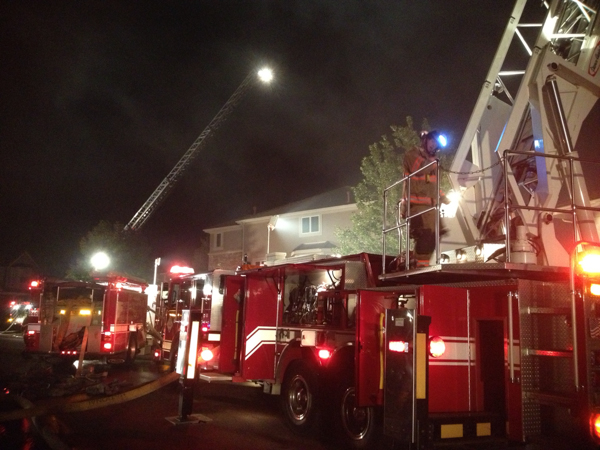 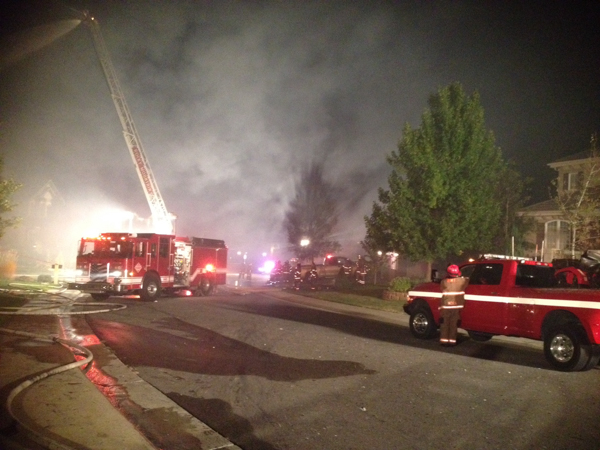