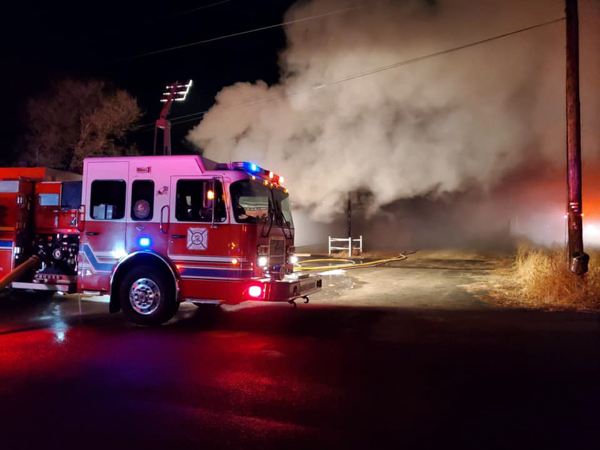 At 04:28 on November 14th, 2019 North Metro Fire Rescue District with auto-aid from Brighton Fire Rescue District & Thornton Fire Department responded to a commercial structure fire at 16781 Holly St. in unincorporated Adams County. Adcom advised that 911 caller reporting white smoke coming out of the vents at the Saxx’s Meat Cutting building. Engine 55 on scene to a medium size single-story commercial structure with smoke showing and a working fire, pulled a line in for fire attack. Engine 76 arrived and established the water supply from Holly St. & Eagle Shadow Ave. and laid a 5 inch to Engine 55. Crews worked heavy fire with zero visibility, and Tower 51 secured the utilities. Engine 66 stretched a horizontal standpipe to the Charlie side with Tower 51 and Medic 66, and Battalion 51 arrived and assumed Holly command. Engine 55 advised that fire showing from the roof and assisted Engine 75 with fire attack on the Bravo side. Crews got the main body of fire knocked on the Bravo side, and still worked fire in the attic space. Crews got fire under control and out at 05:45 and crews started an extensive overhaul. The cause is under investigation and no injuries were reported. 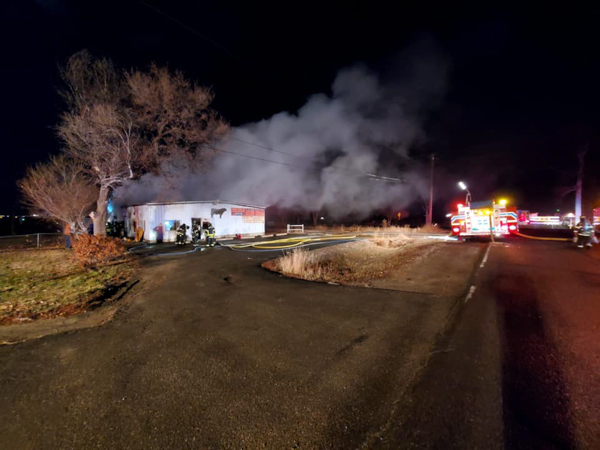 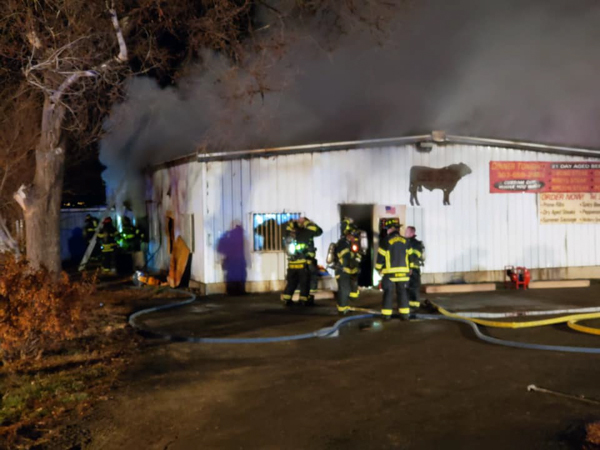 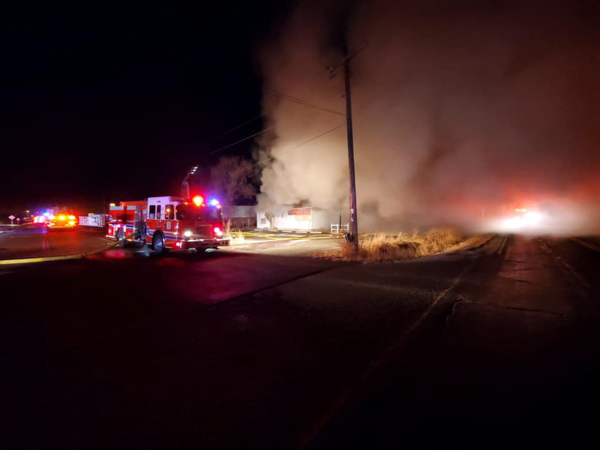