On October 10th, 2022 at 00:29 Jeffcom dispatched Arvada Fire Protection District with auto-aid from West Metro Fire Rescue and  Fairmount Fire Protection District to a possible structure fire in the 5200 block of Marshall St. Engine 51 arrived on scene to a working exterior fire on the Alpha side from a large two-story commercial building, secured their own water supply and pulled 2 1/2 for fire attack. Truck 54 arrived and stared the primary search and then went to the roof to perform vertical vent. Battalion 51 arrived and assumed command in the offensive strategy and assigned Engine 16 to pull a 2nd line off Engine 51 to the 2nd floor and Medic 16 as medical. Crews found fire that extended into the attic space and command requested additional engine to the scene. The fire was put under control at 01:12 and crews started the investigation and overhaul. Additional information provided by Arvada Fire Protection District 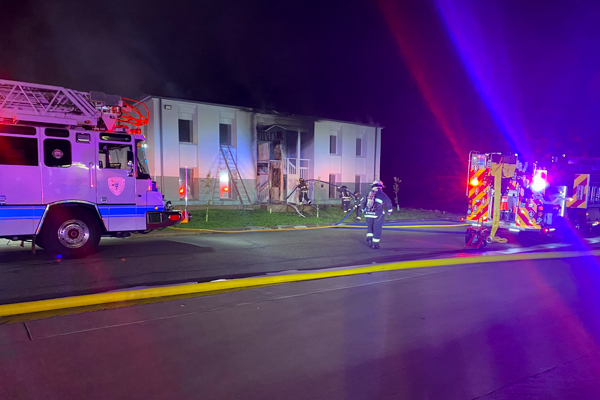