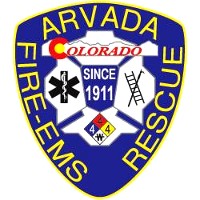 Arvada Fire Protection District, originally established in 1908 as the all-volunteer: Arvada Fire Company. In 1910 Arvada Hose Company # 1 was created and followed by the Arvada Hose Company # 2. Both hose companies consolidated on December 11th, 1911 and became the Arvada Volunteer Fire Department, and in 1949 the fire protection district was created.