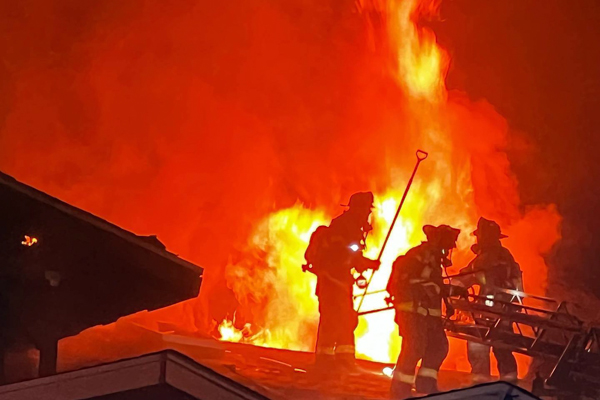 On September 16th, 2022 at approximately 03:30 Jeffcom dispatched Golden Fire Department, Pleasant View Fire Department, Fairmount Fire Protection District and Stadium Medical responded to structure fire in the 17200 block of W. Colfax Ave. at the Table Mountain Townhomes. Engine 41 arrived to multi-family townhome with a working fire with heavy fire on the Alpha side, secured their own water supply and started fire attack with the deck gun and requested a 2nd alarm response. Engine 21 arrived and started the primary search. Chief 23 arrived and assumed command on the Alpha side. Truck 31 arrived and started roof ops. Firefighters work fire through the roof and high heat conditions. Engine 6 and Engine 971 arrived and assigned to the shopping center behind the Petco with fire attack to the fire building. Crews got the fire under control after several hours and started extensive overhaul. To complicate the structure fire response, police were also looking for a person of interest who was allegedly menacing a neighbor with a gun moments before the fire started at the same location. The suspect turned himself in to the Jefferson County Sheriff’s Office later that night in connection to the fire. The American Red Cross was requested to the scene for assisting residents with shelter. Additional information provided by Golden Fire Department and Pleasant View Fire Department 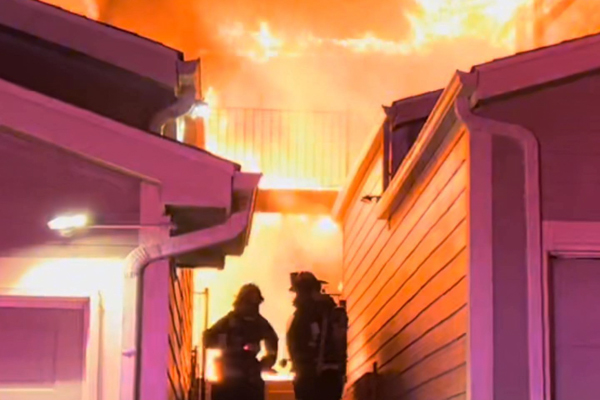 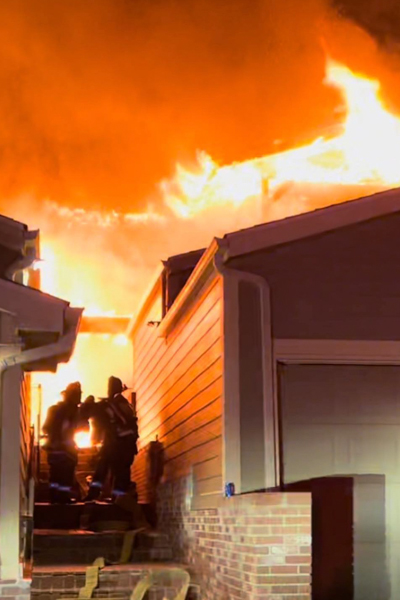 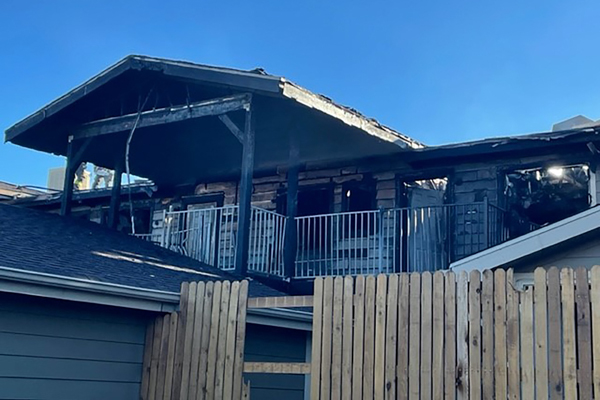 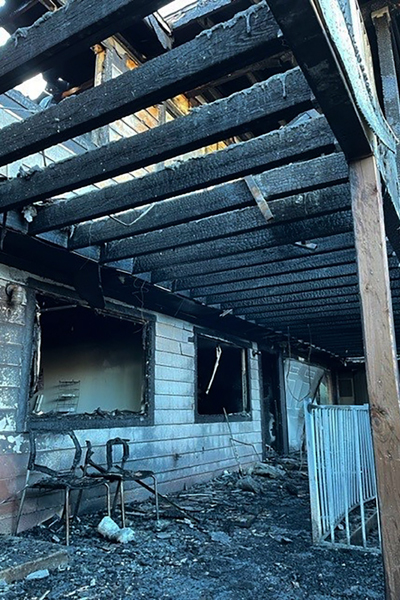 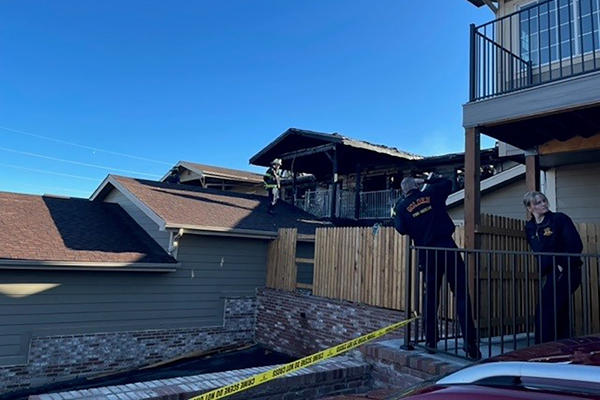 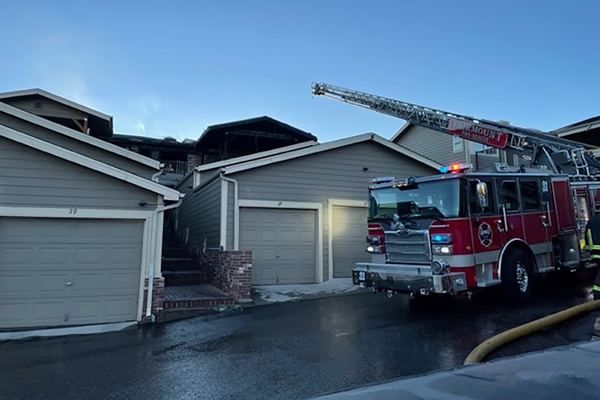