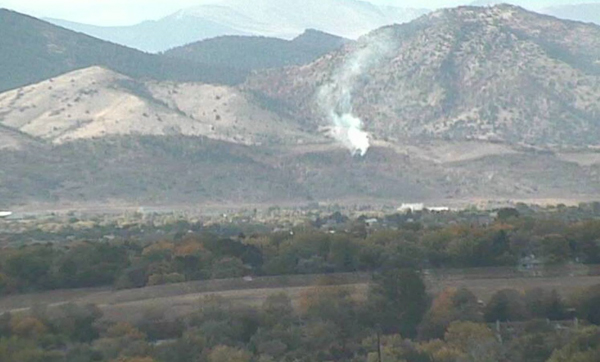 At 13:16 on October 2nd, 2016 West Metro Fire Rescue responded to a reported small brush fire in the area west of C-470 & Bowles Ave. Upon arrival Company 13 reported a working brush fire and upgraded to a large brush fire assignment, and started a direct attack. District 3 arrived and assumed command on Eldridge St. and crews accessed the fire from both the east and west side, and identified possible structure protection needs. Numerous wind shifts made the fire behavior and travel erratic during the first hour. At 14:16 several resource requests were made including the activation of the Southeast Regional Task Force, additional tenders and the availability of air support, if needed. Firefighters worked until dusk constructing line and mopping up, successfully reaching 80% containment line on approximately 3 acres. Jefferson County Sheriff closed down Bowles Ave. during the fire. Units were back on scene the next day on October 3rd to continue the operation with looming Red Flag Warning beginning at noon.